As per the GIP-0040 (GIP-0040: L2 Bridge and Protocol Deployment), the Council approved the deployment of a custom bridge to connect GRT from Mainnet Ethereum to Arbitrum One.

By default, this Bridge supports moving GRT across chains but does not allow passing arbitrary messages to target contracts unless the Council enables it.

Edge & Node is working on a feature to improve the billing experience for users depositing funds for later payment to indexers.

The plan is migrate the existing Billing contract from Polygon Billing | Address 0x10829db618e6f520fa3a01c75bc6ddf8722fa9fe | PolygonScan to Arbitrum One and simplify the funding experience by letting users deposit GRT directly to Mainnet. To accomplish that, the team created a smart contract called the BillingConnector, which accepts deposits on Mainnet, bridges them to Arbitrum, and notifies the target Billing contract on Arbitrum. For this contract to work, the Council must allow the BillingConnector to use callhooks in the custom Bridge.

We request the Council to allowlist the BillingConnector contract as soon as the team deploys it to Mainnet.

You can find the BillingConnector code to deploy in commit hash 6deb6211ca1bf4e8b3087e3d9cc0e9e344c0d1b5 of the following repo: 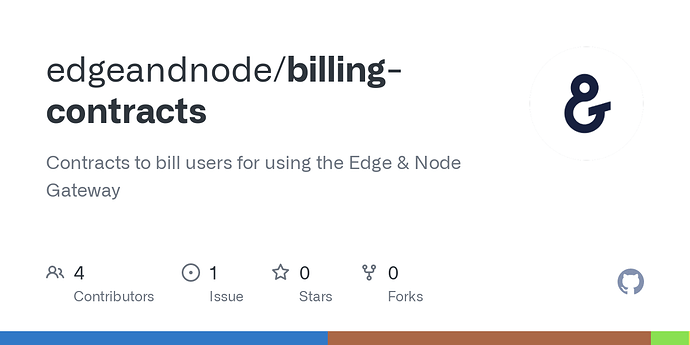 GitHub - edgeandnode/billing-contracts: Contracts to bill users for using the...

These are pre-conditions before adding the contract to the allowlist: